Back to all posts

Many years ago I was lucky enough to have a best friend I worked with, we played in a party band and wrote music together and even shared a house for a short time. We went through several studio iterations over the years, starting in a basement studio in a house in Calgary, continuing to an apartment closet studio, then to the two-room studio in the house we lived in and, after my friend met and married my cousin Deanna (hallelujah), in the garage studio at their house.

Over the years we’ve engaged in a lot of different kinds of music projects and Rob has transitioned to a more visual producer with his company, Rob Ing Productions. He’s really good at it and creates pro videos for all kinds of companies and community organizations. He recently worked with my brother Trevor to create a music video for one of the other songs, Standing People, on my new album Aurora 12.

This year I got to take a piece of a song that Rob started around the time that our studio work moved to the apartment closet and engaged the uber talented Chris Burke-Gaffney at his studio in Winnipeg. The results were a beautiful song that said all of the things Rob and I wanted it to say, but it was missing something. Chris, Vince Fontaine (of Eagle & Hawk/Indian City) and I talked it over and decided the song needed a balance of male and female voices to tell the story authentically. It worked!

That’s the story of how I got a rock star (Chris) to help sing Little Angel. Sometimes it takes a long time for something you believe in to come to be. Often it takes a team to take an idea and gently, lovingly, breathe life and colour into it. Patience and persistence folks, keep working on those aspirations!

I am so honoured and privileged to get to work with the people on my music dream team. I feel like my songs are babies. We are inspired by them as we watch them grow into strong young people, just like the young woman who was so little when Little Angel was first conceived by Rob.

I hope you see your own stories in this song, as well as the love of a family, whether it’s  a family you grew up with, a family you have chosen over the years, or a family like my music family. I hope that Katrina still feels, every day, the love that her dad has always had for her. She might be all grown up now, but she’s still Rob’s little angel. 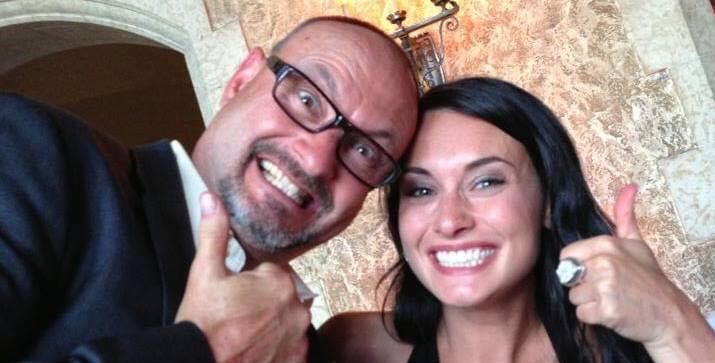